Lfoam 18 is a perimeter strip specially designed to be used with the acoustic and thermal underlays from the insulit range, and it is used to avoid any lateral contact between the screed and the remaining structure of the building.

Lfoam 18 has to be installed at a 90° angle, at the intersection between the underlay and the wall. Lfoam has pre-formed folds to facilitate its installation. 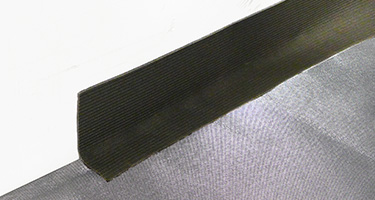 Once the underlay has been laid, cut it flush with the wall.

Glue the Lfoam just before the manufacturing of the screed. Remove the protective paper and install the Lfoam by pressing its horizontal part onto the underlay.

Do not apply too much pressure on the vertical part of the Lfoam, as this will make it easier to remove the excess material at a later stage. The screed will have to be poured onto the underlay immediately after the installation of the Lfoam. Cut off the excess Lfoam within 24 hours after its installation.